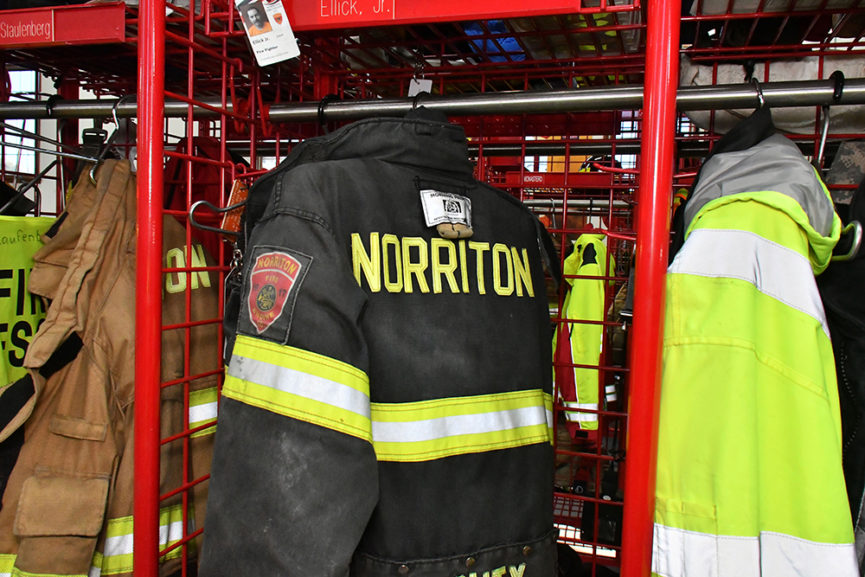 Despite recruiting during a difficult year filled with COVID-19 uncertainty and lockdowns, Norriton Fire Engine Company is meeting its goals for its volunteer recruitment and retention campaign. Last March, the Fire Company launched its new recruitment website, NorritonFire.org, to kick off the campaign. The website collected 29 volunteer inquiries and five applicants officially joined.

Two of the new volunteers Norriton Fire Engine Company recruited this past year are enjoying their time volunteering for numerous reasons.

Shane Henderson, 19, joined about halfway through 2020 after his friends encouraged him to join. “I thought I would do well under pressure,” said Henderson who is a volunteer firefighter.

“I love training and learning more about fighting fires,” he said. “The fire company has great role models with a lot of experience.”

Henderson says going on calls is a lot of fun, especially being part of Norriton’s team.

“I didn’t expect to get involved so quickly, but the officers really try to train good firefighters and part of doing that is getting people involved on the fireground early on,” said Giordano.

Giordano not only enjoys serving and interacting with the community she lives in, but also becoming a part of the firefighter community.

“Through my classes at the Fire Academy, I’ve gotten the chance to meet and build friendships with firefighters from all over Montgomery County that are in similar places in their firefighting career.”

Although Giordano was a bit hesitant to join a male-dominated field, she says being a woman hasn’t affected her experience that much and has fit right in.

“Sometimes I’ve had to find work-arounds for certain skills that have been harder for me, but the officers that I’ve worked with have been great at helping me find out how to leverage my strengths,” she said.

“I remember how impactful it was for me to see female firefighters when I was a kid and I hope that I can show little girls today in my community that they can be firefighters too,” said Giordano.

About the Volunteer Campaign

The four-year campaign is no cost taxpayers and is funded entirely through the Staffing for Adequate Fire & Emergency Response (SAFER) grant by the Federal Emergency Management Agency (FEMA).

“We look forward to expanding our volunteer base moving forward throughout 2021,” said McClure.