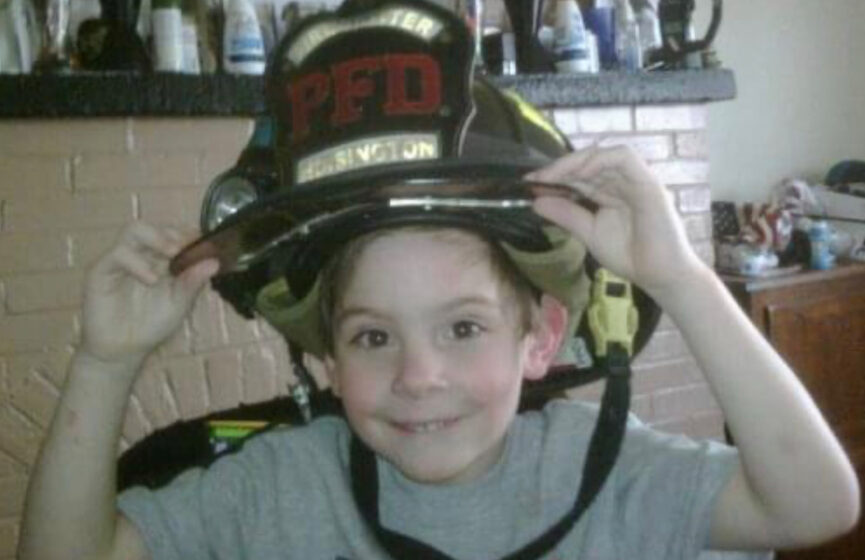 While they have only been with Norriton Fire Engine Company for about six months, Earl works as a career firefighter and EMT at Westwood Fire Company in Coatesville and an EMT at Lower Providence Ambulance.

“Daniel’s cared for and tried to help others since he was young,” said Earl. “I joined because I wanted to be there to support him being new and I enjoy the fire service. I know volunteerism is low and with my years of experience, I can help out and he can learn from me.”

Daniel’s favorite part of being a junior so far is the adrenaline rush. An exciting learning experience that comes to mind is a forcible entry class he recently took with his dad. Daniel learned how to use basic tools to force open house doors and cut through metal locks.

While Earl and Daniel can have the typical father-son grievances, they enjoy volunteering together and spending quality time with each other.

“It’s been a lot of fun,” said Daniel. “I love learning from him and the other volunteers.”

Daniel said his dad has been helpful in teaching him new things and believes the skills you learn can be valuable to anyone.

“More teens should join the fire service to learn about fire safety and help their community,” said Daniel, who is a tenth grade student at Norristown Area High School. He attends Central Montco Technical High School for public safety with plans to pursue a career in emergency-services like his dad.

One of Earl’s most memorable moments so far is when they were returning to Norriton’s station from a drill with another fire company and were dispatched to a house fire.

“Seeing my son gear up in the back of the truck brought me excitement and joy,” said Earl. However, as a father and firefighter, Earl worries about Daniel too because he knows what can go wrong on emergency calls. “I want to keep my eye on him and protect him, but I know I have a job to do,” he said.

In Norriton’s junior firefighting program for teens 16 and 17, Daniel can assist at the scene of fire calls by laddering buildings, getting tools for firefighters, or running hoses. He also participates in the bi-weekly drills for firefighters.

Meanwhile as an active firefighter, Earl responds to rescue calls, motor-vehicle accidents, and fires in residential and commercial buildings.

“My favorite part of volunteering is knowing that I’ve helped someone in their time of need,” said Earl. “Consider joining to help others and have pride in your community.”